Back to All Articles

Plumbing Pipes And Fittings Guide for the Home Remodeler

PLUMBING PIPES AND FITTINGS GUIDE FOR THE HOME REMODELER

Plumbing can be a confusing business. On top of all of the acronyms, there are so many different fittings and materials to keep track of. For your convenience, we’ve compiled this article as a beginning guide to understanding the different basic types of plumbing pipes and fittings. Enjoy!

PVC (AKA polyvinyl chloride) plumbing pipes have been especially popular in the United States since the 1950s. They are the white, plastic pipes you have likely seen at your local hardware store. Their extreme flexibility relative to other, older types of plumbing pipes is the primary driver of their prevalence in plumbing applications. Furthermore, PVC plumbing pipes do not rust or corrode over time. But, if exposed to hot enough water, PVC plumbing pipes can warp.

PEX (AKA cross-linked polyethylene) plumbing pipes are growing in popularity as an alternative to PVC or CPVC plumbing pipes. It is among the most dynamic materials for plumbing pipes on the market today. Some fear that PEX plumbing pipes may contain substances that could contaminate drinking water, however the material meets all applicable environmental regulations in the U.S. Very few use cast iron for plumbing pipes any more because of how heavy it is. However, if you own an older home and need to replace a section of cast iron, you will be happy to learn that PVC will join very well with the existing cast iron.

An adapter (also known as a reducer or reducing coupling) is a type of coupling that is used to join two pipes of different sizes.

Coming in both straight and curved (elbow) versions, a barb is the type of fitting that is used to connect plumbing pipes to a hose rather than pipe to pipe.

As it name implies, a cap covers the end of an open pipe. The type of cap to be used will depend on the material of the plumbing pipes as well as whether or not there needs to be an option to one day replace the cap with a coupler to extend the branch in question.

A coupling is a fitting used to join two plumbing pipes together. Depending on its application, there are various types of couplings. 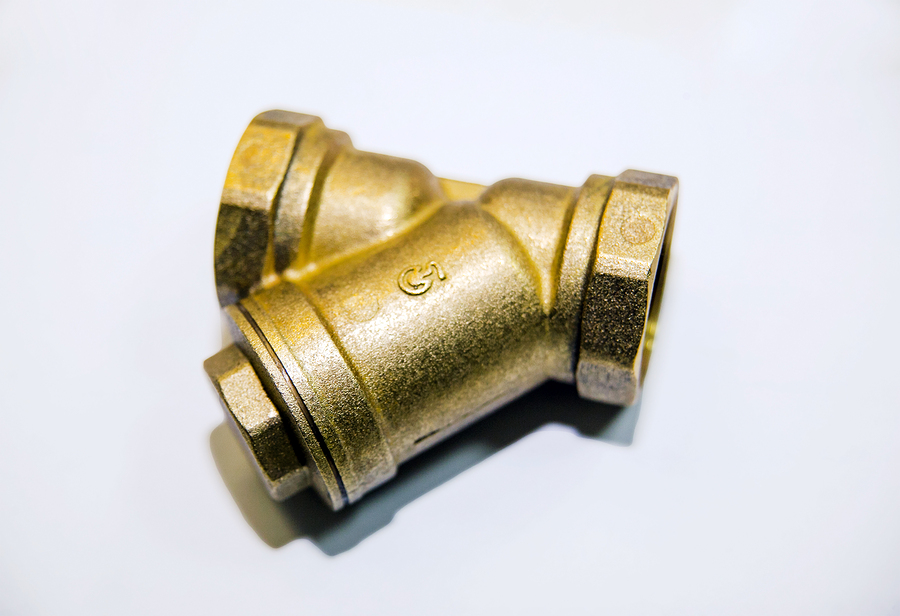 Crosses, also known as four-way fittings or cross-branch lines, are a type of plumbing fitting that has a single inlet and three outlets, allowing water to be delivered to multiple branches of a plumbing system. Crosses are not commonly used in residential plumbing applications — they are more suited for things like sprinkler systems in case of fires in large buildings.

An elbow is a type of coupling that joins two pipes together, but also creates a change in direction rather than a straight line of plumbing pipes. An elbow can be bent to varying degrees, allowing a fair amount of flexibility when a plumber is designing a system.

Tees are among the most common pipe fittings. A tee is essentially a coupling with two inlets instead of one, accommodating plumbing branches that may require two water sources to feed to a single place.

In its most basic terms, a valve is a plumbing component that manages the flow of water. It is the thing used to turn water on or off. However, different types of valves have specific applications. In addition to turning water on or off, some valves help with throttling (finely controlling the amount of flow beyond a simple on/off) or isolation (isolating a portion of a plumbing system from water sources so that work can be done. Angle valves or stops are the quarter-turn,  oval-handled valves found near plumbing fixtures and appliances. They are commonly used to help avoid certain plumbing calamities like an overflowing washing machine or toilet … because you only have to turn the valve a quarter of a turn, it is easier to more quickly stop the rising water. Angle valves get their names because of the way they sit on the plumbing line.

Ball valves are probably the most common type of valve used in plumbing applications because of their durability. Another example of a quarter-turn valve, ball valves come in a variety of sizes up to two inches. Ball valves are great for applications where water simply needs to be turned on or off.

Butterfly valve unlike ball valves, butterfly valves are considered good for throttling in some applications. They are small and easy to use like ball valves. However, the way they function means that even when fully open, they will have at least some negative impact on water flow because a portion of their discs is always presented to the flow.

Gate valves, also known as sluice valves, are meant to be used in either fully open or closed positions (not for throttling). Because they work slowly, they are good in plumbing applications if water hammer (or water knocking) is a concern.

Globe valves, like gate valves, are good at preventing water hammer. However, they are also capable of water throttling. The drawback to globe valves is that they are not as durable as ball valves.

Learn how we are working to keep you safe during the COVID-19 epidemic.